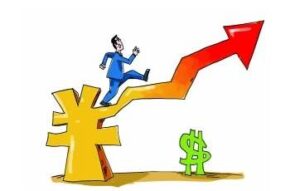 The current thermal paper shortage situation is caused by the shortage of chemicals, mainly dyes. BPS coating is also a problem, but the dyes are more troublesome. Dye is the main chemical used to make thermal paper.

This is a serious problems for all thermal paper coating mills, not only from China, abroad mills meet the same situation.

China has the largest dye producer, called Connect Chemical. The company offers 70 to 80 percent of the dye for most of the thermal paper coating mills in Europe / Asia. However, due to China’s environmental management, this company is not producing now. In addition to Connect Chemical, all Chinese dye manufacturers are facing the same situation.

Right now, Hansol has only 2 weeks of dye stock. As a result, Hansol stopped all new orders around the world. And European thermal producers are also buying from China. At this moment, it is said that Europe has 1 month of dye chemicals inventory, but soon due to shortage of raw materials which also lead to the production of thermal paper to stop. In the United States, the situation is a little bit different. Appvion purchased chemicals from Nagase in the United States, but Nagase closed their factories in the United States this year. Appvion relies on Nagase’s inventory, but can only be maintained until the end of the year. But from 2018 onwards, Appvion also need to buy from overseas. Most likely from China.

So for sure, there will be a lot of shortage of dye chemicals around the world. Which makes thermal paper will be on a big shortage. So The price will be growing for a long time. Soon, this will not be a price issue, but a problem of how to getting thermal paper.

Greatshine Paper has a little stock thermal paper which can only support old customers firstly and also stop new orders from new customers, thanks for understanding.

The Steps Of Setting A Thermal Printer

With the development of printing technology, Thermal paper becomes quite common on most retail areas, but how to set... read more

Till Rolls 80×83 for South Africa Market

If you ask what is the most popular sizes of thermal paper rolls for South Africa market? Then the... read more

Dear All Visitors, Greatshine Paper will have a live show on alibaba today afternoon by 3PM(China time), welcome to watch... read more

Greatshine Paper can supply full range of coreless paper rolls, we have both 8mm and 10mm cylinders which can... read more

Dear All Valuable customers, Wishing you and your family have a nice time in coming holiday season! We would like to... read more

There are a few reasons why images fade on thermal paper. The usage of a dye and a type... read more

Please find our facebook ID as follows: https://www.facebook.com/profile.php?id=100005559253333 We will updates our news both on facebook and company news, thanks.   Greatshine Paper... read more